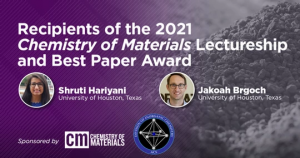 Congratulations to graduate student Shruti Hariyani and her advisor Jakoah Brgoch (both at the University of Houston) for being this year’s recipients of the Chemistry of Materials Lectureship for their paper ‘Local Structure Distortion Induced Broad Band Emission in the All-Inorganic BaScO2F:Eu2+’. This award is sponsored by our Division of Inorganic Chemistry and the journal Chemistry of Materials.

The schedule for the Periodic TableTalks for the fall 2021, spring 2022 is:

‘Teaching f-Elements New Tricks: Synthetic Chemistry at the Bottom of the Periodic Table’

The Division’s Periodic TableTalks is the topic of a recent Virtual Issue of the journal Inorganic Chemistry. 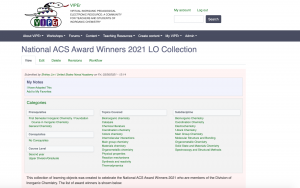 To honor the 2021 ACS National Award recipients in the field of inorganic chemistry, the IONiC VIPEr community has prepared a collection of teaching materials to help you feature the works of these outstanding scientists in your classroom. The collection includes problem sets, web resources, literature discussions, a slide tutorial, and an in-class activity. The title of each learning object includes the name of the awardee. Members of the DIC community are welcome and encouraged to add to the collection. Contact Hilary Eppley (heppley@depauw.edu) or Shirley Lin (lin@usna.edu) for more information on how to submit to VIPEr and add to the collection.

Congratulations to the DIC members who received ACS national awards in 2021!

ACS Award for Distinguished Service in the Advancement of Inorganic Chemistry

ACS Award for Research at an Undergraduate Institution

sponsored by the Alfred R. Bader Fund and the George and Christine Sosnovsky Endowment Fund

sponsored by the Gray Award Endowment

Gabor A. Somorjai Award for Creative Research in Catalysis

sponsored by the Gabor A. & Judith K. Somorjai Endowment Fund

sponsored by the Colgate-Palmolive Company

This award is intended to recognize achievement by undergraduate students in inorganic chemistry and to encourage further study in the field. Every ACS Certified Department is eligible to nominate one student to receive this award. The American Chemical Society Division of Inorganic Chemistry established this award in 2009.

Please direct your inquiries regarding this award directly to Professor Sheila Smith (sheilars@umich.edu).

Dear Members of the Division of Inorganic Chemistry,

The ACS has decided to transition the Fall 2020 National Meeting to a completely virtual meeting. There will be no physical events associated with the meeting held in San Francisco. The virtual meeting will take place from August 17–20, 2020.

While additional details will be forthcoming, ACS has selected virtual tools so that all accepted oral and poster abstracts will be presented, either live or on-demand.

As soon as we learn more details about the virtual format and other scheduling details, we will forward those to you. 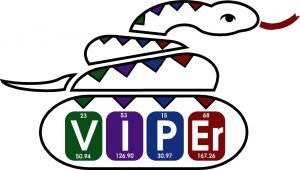 This is a reminder of all of the great inorganic chemistry teaching resources on the VIPEr website.

Or for answers to real-time questions (“Does anyone have data for the Job’s method lab?”), consider joining the VIPErPit on Discord, where a hearty group of inorganic chemists are solving one another’s remote teaching challenges in real time.

Checking in with Inorganic Folks!

I wanted to both check in with everyone, and provide an update re: the San Francisco ACS meeting. At this point, we are proceeding as if the San Francisco meeting will occur, until we hear otherwise. The Plenary Awards session originally scheduled for Philly will occur on Monday morning in San Francisco. The Awards banquet will occur on Monday evening. If those of you who were originally scheduled to run a symposium in Philly, would like to re-schedule for a future meeting, we suggest that you re-apply using the appropriate form on the DIC Symposia Requests page.

I’m guessing that those who have never dealt with a crisis of this magnitude, are having a hard time dealing with the anxiety, fear, and stress associated with the chaos that has become our new normal . Having dealt with a health crisis of my own a number of years ago, I want to remind you of the fact that we will get through this, we are all in this together, and we will come out of this with a bigger appreciation for all of the wonderful things that life has to offer!

Congratulations to Richard Brutchey, the 2020 recipient of the Inorganic Nanoscience Award! 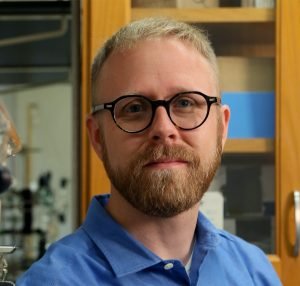